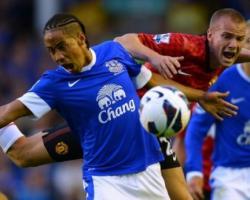 Peterborough 1-1 Leyton Orient: Match Report - view commentary, squad, and statistics of the game as it happened.Odubajo earns Orient a draw Moses Odubajo's goal earned Leyton Orient a 1-1 draw at Peterborough in the first leg of their Sky Bet League One play-off semi-final.Britt Assombalonga's 33rd goal of the season should have been ruled out for offside but it gave Posh the lead going into half-time at London Road

However, Odubajo levelled things up midway through the second half to leave the tie in the balance ahead of the second leg in east London on Tuesday night.Orient, who finished the regular season in third place, 12 points ahead of their hosts, almost made the perfect start.Kevin Lisbie got behind the Peterborough defence and his strike partner David Mooney was inches away from getting a touch to his shot-cum-cross as he slid in at the far post.However, Posh settled after that early scare and went ahead after 16 minutes

Danny Swanson's shot from just outside the area was parried by Jamie Jones into the path of Mark Little, who fired the ball back across the face of goal for Assombalonga to head home from close range.The visitors appealed for offside but no flag was forthcoming from the assistant referee, who was brilliantly positioned

Hesitant defending resulted in the ball being cleared from just in front of his goalline by Craig Alcock.A superb tackle at full stretch by Scott Cuthbert denied Assombalonga another clear sight of goal after 27 minutes.A two-goal deficit would have been harsh on the visitors, who had responded well to falling behind

The remainder of the first half belonged to them and twice they came close to an equaliser as half-time approached.Dean Cox's header was cleared inside the six-yard box by Michael Bostwick after Bobby Olejnik made a mess of trying to punch a long throw into the penalty area.However, the goalkeeper made amends shortly afterwards when he came rushing from his line to block another Cox effort.Peterborough had chances to extend their lead early in the second half but Assombalonga shot straight at Jones and Tommy Rowe curled a shot agonisingly wide.Posh had looked fragile in the centre of defence all afternoon and Orient's equaliser came from that area of the pitch in the 72nd minute.Former Peterborough striker Shaun Batt won a header against two defenders inside the box to give Mooney the chance to shoot

His curler was palmed away by Olejnik but Odubajo was on hand to tap in the rebound.Orient sensed they might be able to take more than a draw back to the Matchroom Stadium for the second leg and Olejnik produced a great save at his near post to deny Cox.The Austrian then had to repel another Cox attempt after the midfielder was given too much space on the edge of the box.When Olejnik was beaten late on, Odubajo's shot flew narrowly wide of the post